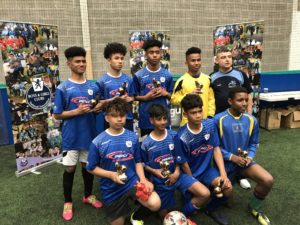 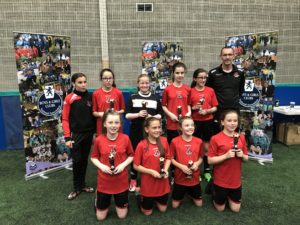 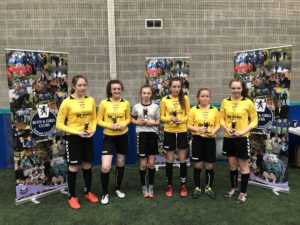 After a long day of football, Crusaders Strikers (U12 Girls), Ballynahinch Youth (U14 Girls) and Dungannon (U14 Boys) all came away as champions in their relevant age groups.  Carnmoney Ladies (U14 Girls) finished runners-up, while Holy Family and Glen Parent (both U16 Boys) made the semi-finals.  The teams also has the chance to explore Manchester, taking in sites like Old Trafford stadium and the Trafford Centre.

All the teams enjoyed the trip and the experience, and we are already planning ahead to next years Northern Ireland and UK Championships.

Registered with The Charity Commission for Northern Ireland: